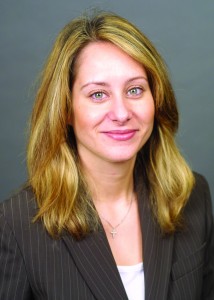 Maria C. Miles is the founding partner of an entertainment law firm with offices in New York. Ms. Miles’ practice focuses on all areas of entertainment and media law including, film (both documentary and feature), music, literary publishing, fashion, sports and new media. She serves as Co-Chair of the Entertainment & Media practice and is Of Counsel to Berlandi, Nussbaum & Reitzas, LLP, a full service law firm that offers a wide variety of legal expertise, including general corporate, banking & structured finance, litigation, tax and intellectual property.

Prior to starting her own practice, Maria was the sole in-house counsel for a multi-media and digital start-up working on a diverse range of subject-matter areas including corporate and financing transactions, technology development and licensing, employment, and intellectual property (including trademarks, copyrights and patents) both in the US and abroad. Maria was  associated with Greenberg Traurig, LLP, and Rudolph & Beer, LLP, where she served as counsel to numerous award-winning actors, writers, producers, television hosts and multi-platinum recording artists, sports teams, and corporations in the fashion and retail industries related to their entertainment and intellectual property matters.